Convention on the International Regulations for Preventing Collisions at Sea, 1972

The 1972 Convention was designed to update and replace the Collision Regulations of 1960 which were adopted at the same time as the 1960 SOLAS Convention.
One of the most important innovations in the 1972 COLREGs was the recognition given to traffic separation schemes - Rule 10 gives guidance in determining safe speed, the risk of collision and the conduct of vessels operating in or near traffic separation schemes. 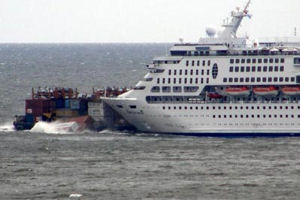 Rule 2 covers the responsibility of the master, owner and crew to comply with the rules.

Rule 4 says the section applies in any condition of visibility.

Rule 5 requires that "every vessel shall at all times maintain a proper look-out by sight and hearing as well as by all available means appropriate in the prevailing circumstances and conditions so as to make a full appraisal of the situation and of the risk of collision.

Rule 6 deals with safe speed. It requires that: "Every vessel shall at all times proceed at a safe speed...". The Rule describes the factors which should be taken into account in determining safe speed. Several of these refer specifically to vessels equipped with radar.The importance of using "all available means" is further stressed in Rule 7 covering risk of collision, which warns that "assumptions shall not be made on the basis of scanty information, especially scanty radar information"

Rule 8 covers action to be taken to avoid collision.

The Rule also forbids ships to cross a narrow channel or fairway "if such crossing impedes the passage of a vessel which can safely navigate only within such channel or fairway." The meaning "not to impede" was classified by an amendment to Rule 8 in 1987. A new paragraph (f) was added, stressing that a vessel which was required not to impede the passage of another vessel should take early action to allow sufficient sea room for the safe passage of the other vessel. Such vessel was obliged to fulfil this obligation also when taking avoiding action in accordance with the steering and sailing rules when risk of collision exists.

Rule 10 of the Collision Regulations deals with the behaviour of vessels in or near traffic separation schemes adopted by the Organization. By regulation 8 of Chapter V (Safety of Navigation) of SOLAS, IMO is recognized as being the only organization competent to deal with international measures concerning the routeing of ships.

The effectiveness of traffic separation schemes can be judged from a study made by the International Association of Institutes of Navigation (IAIN) in 1981. This showed that between 1956 and 1960 there were 60 collisions in the Strait of Dover; twenty years later, following the introduction of traffic separation schemes, this total was cut to only 16.

In other areas where such schemes did not exist the number of collisions rose sharply. New traffic separation schemes are introduced regularly and existing ones are amended when necessary to respond to changed traffic conditions. To enable this to be done as quickly as possible the MSC has been authorized to adopt and amend traffic separation schemes on behalf of the Organization.

Rule 10 states that ships crossing traffic lanes are required to do so "as nearly as practicable at right angles to the general direction of traffic flow." This reduces confusion to other ships as to the crossing vessel's intentions and course and at the same time enables that vessel to cross the lane as quickly as possible.

Fishing vessels "shall not impede the passage of any vessel following a traffic lane" but are not banned from fishing. This is in line with Rule 9 which states that "a vessel engaged in fishing shall not impede the passage of any other vessel navigating within a narrow channel or fairway."In 1981 the regulations were amended. Two new paragraphs were added to Rule 10 to exempt vessels which are restricted in their ability to manoeuvre "when engaged in an operation for the safety of navigation in a traffic separation scheme" or when engaged in cable laying.

In 1987 the regulations were again amended. It was stressed that Rule 10 applies to traffic separation schemes adopted by the Organization (IMO) and does not relieve any vessel of her obligation under any other rule. It was also to clarify that if a vessel is obliged to cross traffic lanes it should do so as nearly as practicable at right angles to the general direction of the traffic flow. In 1989 Regulation 10 was further amended to clarify the vessels which may use the "inshore traffic zone."

Rule 11 says the section applies to vessels in sight of one another.

Rule 12 states action to be taken when two sailing vessels are approaching one another.

Rule 13covers overtaking - the overtaking vessel should keep out of the way of the vessel being overtaken.

Rule 14 deals with head-on situations. Crossing situations are covered by Rule 15 and action to be taken by the give-way vessel is laid down in Rule 16.

Rule 17 deals with the action of the stand-on vessel, including the provision that the stand-on vessel may "take action to avoid collision by her manoeuvre alone as soon as it becomes apparent to her that the vessel required to keep out of the way is not taking appropriate action.

Rule 18 deals with responsibilities between vessels and includes requirements for vessels which shall keep out of the way of others.

Rule 22 covers visibility of lights - indicating that lights should be visible at minimum ranges (in nautical miles) determined according to the type of vessel.

Rule 23 covers lights to be carried by power-driven vessels underway.

Rule 27 covers light requirements for vessels not under command or restricted in their ability to manoeuvre.

Rule 28 covers light requirements for vessels constrained by their draught.

Rule 35 covers sound signals to be used in restricted visibility.

Rule 36 covers signals to be used to attract attention.

The COLREGs include four annexes:

Annex I - Positioning and technical details of lights and shapes

Annexes I and IV were amended in 1987 to clarify the positioning of certain lights carried on smaller vessels and to add "approved signals transmitted by radiocommunications systems" (ie distress alerts transmitted in the GMDSS). A section on location signals from search and rescue radar transponders was added in 1993.

Adoption: 19 November 1981
Entry into force: 1 June 1983
A number of rules are affected but perhaps the most important change concerns rule 10, which has been amended to enable vessels carrying out various safety operations, such as dredging or surveying, to carry out these functions in traffic separation schemes.

Adoption: 19 November 1987
Entry into force: 19 November 1989
The amendments affect several rules, including rule 1(e) ? vessels of special construction: the amendment classifies the application of the Convention to such ships; Rule 3(h), which defines a vessel constrained by her draught; Rule 10(c) ? crossing traffic lanes.

The amendment concerns Rule 10 and is designed to stop unnecessary use of the inshore traffic zone.

The amendments are mostly concerned with the positioning of lights.

The amendments include new rules relating to Wing-in Ground (WIG) craft. The following are amended:

General Definitions (Rule 3) - to provide the definition of wing-in-ground (WIG) craft;
Action to avoid collision (Rule 8 (a)) - to make it clear that any action to avoid collision should be taken in accordance with the relevant rules in the COLREGs and to link Rule 8 with the other steering and sailing rules;
Responsibilities between vessels (Rule 18) - to include a requirement that a WIG craft, when taking off, landing and in flight near the surface, shall keep clear of all other vessels and avoid impeding their navigation and also that a WIG craft operating on the water surface shall comply with the Rules as for a power-driven vessel;
Power-driven vessels underway (Rule 23) - to include a requirement that WIG craft shall, in addition to the lights prescribed in paragraph 23 (a) of the Rule, exhibit a high-intensity all-round flashing red light when taking off, landing and in-flight near the surface;
Seaplanes (Rule 31) - to include a provision for WIG craft;
Equipment for sound signals and sound signals in restricted visibility (Rules 33 and 35) - to cater for small vessels;
Positioning and technical details of lights and shapes (Annex I) - amendments with respect to high-speed craft (relating to the vertical separation of masthead lights); and
Technical details of sound signal appliances (Annex III) - amendments with respect to whistles and bell or gong to cater for small vessels.

Annex IV is replaced as follows:

1 The following signals, used or exhibited either together or separately, indicate distress and need of assistance:

2 The use or exhibition of any of the foregoing signals, except for the purpose of indicating distress and need of assistance and the use of other signals which may be confused with any of the above signals, is prohibited.