The COVID-19 pandemic has put seafarers around the world in precarious situations. Travel restrictions mean some cannot leave their ships, be repatriated home, or even get urgent medical assistance. Other seafarers have seen their contracts unilaterally terminated or have been quarantined on board ships for more than 14 days, without getting paid.

As of December 2020, It is estimated that 400,000 seafarers are currently stranded on ships beyond the end of their original contracts and unable to be repatriated, due to COVID-related travel restrictions. A similar number of seafarers are stuck at home, unable to join ships and provide for their families.

A large number of seafarers, as well as their spouses and family members, have reached out to IMO to share their concerns about a variety of difficult situations caused by the COVID-19 pandemic. (Click here for our comprehensive FAQ on crew changes and repatriation).

IMO has established the Seafarer Crisis Action Team (SCAT) to help resolve individual cases, often working alongside other organizations like the International Labour Organization (ILO), the International Transport Workers’ Federation (ITF) and the International Chamber of Shipping (ICS). Since the beginning of the crisis, this dedicated team works around the clock – contacting representatives from national governments, NGOs, trade unions or relevant associations, or orienting seafarers towards the right organisation, to find solutions. In 2020, SCAT has dealt with cases involving thousands of individual seafarers.

Seafarers and their relatives can contact the SCAT by sending an email to info@imo.org

Here are examples where IMO intervention made a difference for seafarers around the globe.

Repatriated after more than 100 days offshore

On 10 May 2020, IMO was contacted by a fatigued seafarer on an offshore support vessel. He and many of his colleagues had spent 100 days offshore – some had already counted 140 days – with no break and no prospect of crew changes. The seafarer was worried because his employer was planning to extend crew contracts by another two months.

"We are all feeling the strains of the long period offshore especially having no end date in sight. To many of us that is not good and certainly puts safety on the line", the seafarer wrote in an email to IMO's Seafarer Crisis Action Team (SCAT).

The SCAT brought the message to the attention of the relevant NGOs in consultative status with IMO and liaised with the maritime authorities of the flag and port States concerned.

Following this swift intervention from IMO, the port State confirmed it would take the necessary measures to facilitate crew change while the ship was in its port or terminal, and the seafarer was able to go home and be reunited with his family.

A seafarer onboard a container ship sent a call for help to IMO on 12 April 2020. His contract, which was due to finish at the end of March, had been extended for another month. The seafarer claimed that his company was failing to take action to change crew, even though government assistance made that option possible.

While the seafarer recognised that he and his colleagues were not in a critical situation physically, he described serious impacts on their mental health. "We have meals, everything is okay, but the main thing is our psychological health", the seafarer told IMO's Seafarer Crisis Action Team (SCAT) in his first email.

The SCAT referred the seafarer to the relevant national maritime administration and trade unions, while also bringing the matter to the attention of the flag and port States concerned. This diplomatic intervention helped resolve the case, and the flag State confirmed it would assist the seafarer with his contract and repatriation.

The seafarer and another crew member were able to return home safely in May. In an email, the seafarer warmly thanked a SCAT team member for his help and support, writing: "you are really a man with a big heart". 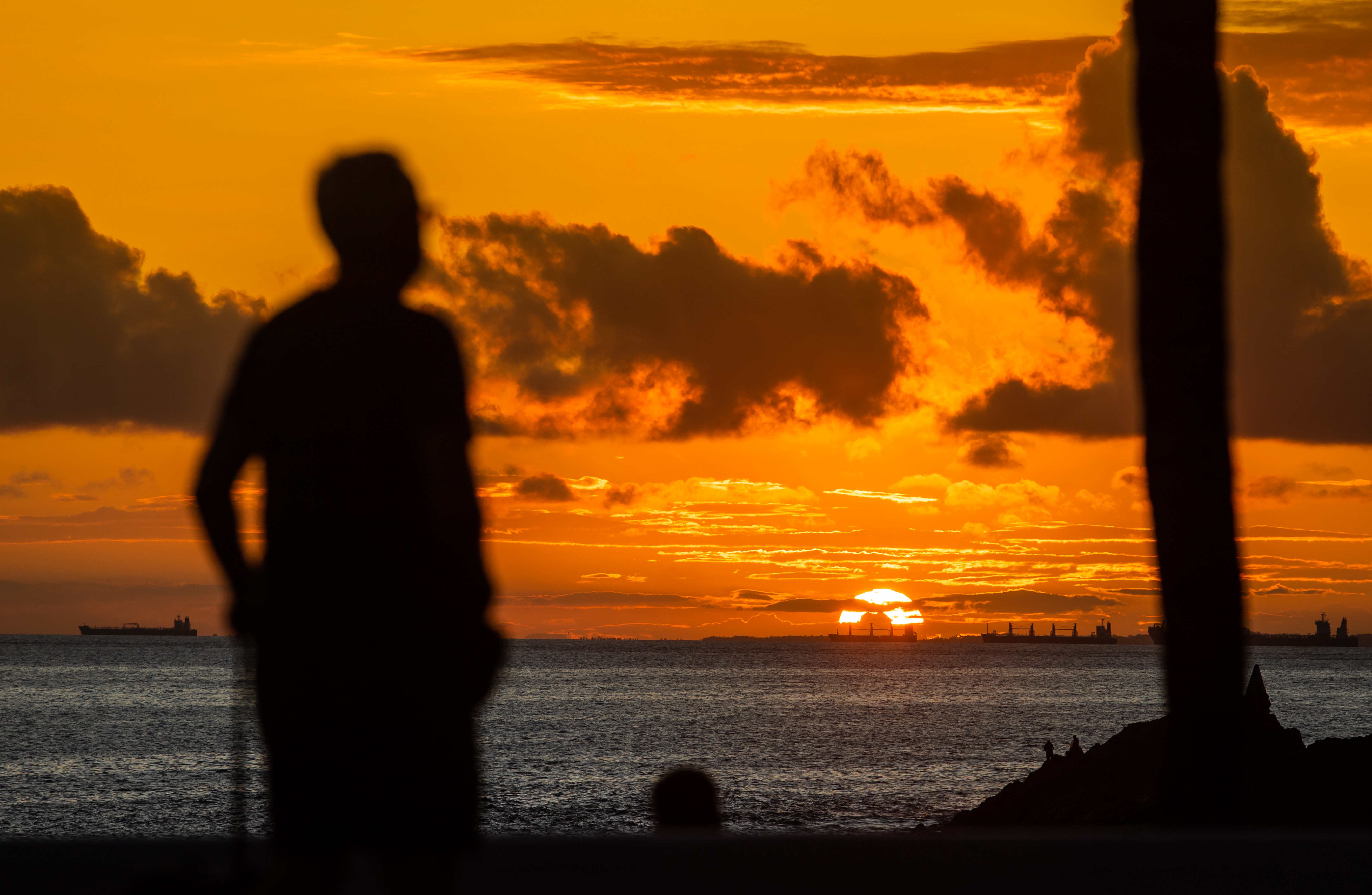 A seafarer repatriated to assist her vulnerable relatives

A British seafarer was desperate to be reunited with her family after months working on a passenger ship in the Pacific. Her vulnerable relatives back home needed her support in the face of the COVID-19 pandemic, and she was determined to be by their side.

But her plan to fly home mid-March was derailed. Immigration authorities of the port State initially denied permission to travel, because the rules had been changed with almost no notice. The seafarer was stuck on the ship at anchor with no means of returning home.

On 31 March, she emailed a plea for help to IMO. “As I am sure is the case for so many other seafarers right now, I am so desperate to get home. My parents and grandmother are vulnerable and I cannot think about anything else”, she said. The seafarer added that her mental health was seriously affected, and she feared the situation would also impact her ability to perform her duties as a bridge officer.

IMO immediately contacted the port State and seafarer State and informed the relevant NGOs. Those efforts helped resolve the case. Thanks to the efficient cooperation between the local seafarer’s union and the port State, the seafarer was allowed to fly home on 12 April.

In a message sent to IMO the next day, she thanked the Organization and the port State for ensuring she could be reunited with her family. “I am relieved and overjoyed to be back!  Thank you so much for all your help and support. I am also very grateful to [the port State] for allowing me to travel, the whole process was very well managed and controlled”, she said.

On 14 May 2020, IMO received information about an emergency situation onboard a cargo vessel at anchor. A chief officer was suffering tremendous pain due to a swelling that was spreading from his gum to the left side of his face and part of his neck.

The vessel and charterer had requested a doctor visit to the ship five days earlier, but this was refused by custom authorities on the basis of COVID-related restrictions. During a video consultation, a doctor confirmed that emergency surgery was needed, as the risk of sepsis was very high. The seafarer's health was deteriorating every day, and he was already very weak and unable to move.

Further attempts by the ship's Master to secure medical evacuation were unsuccessful. Port authorities refused to allow the seafarer to disembark to receive the urgent medical care he needed, due to the 14-day quarantine requirements and because no quarantine hotels were available to host him.

His colleagues and the Master on board were fearful for the seafarer's life. "It is very difficult to understand, that in such dangerous situation there is no proper support to save the life of a human", one colleague wrote in a message that was transferred to IMO.

After being informed about the case, IMO's Seafarer Crisis Action Team (SCAT) immediately intervened, in cooperation with ICS and ITF, and contacted focal points of the port State and the seafarer's home State. Intense discussions and good collaboration helped resolve the case rapidly.

On 15 May, one day after IMO was informed of the situation, the SCAT got confirmation that the seafarer had been able to disembark and was being transferred to a hotel. As long as the COVID-19 test result was negative, he would be taken to hospital for the surgery he urgently needed. 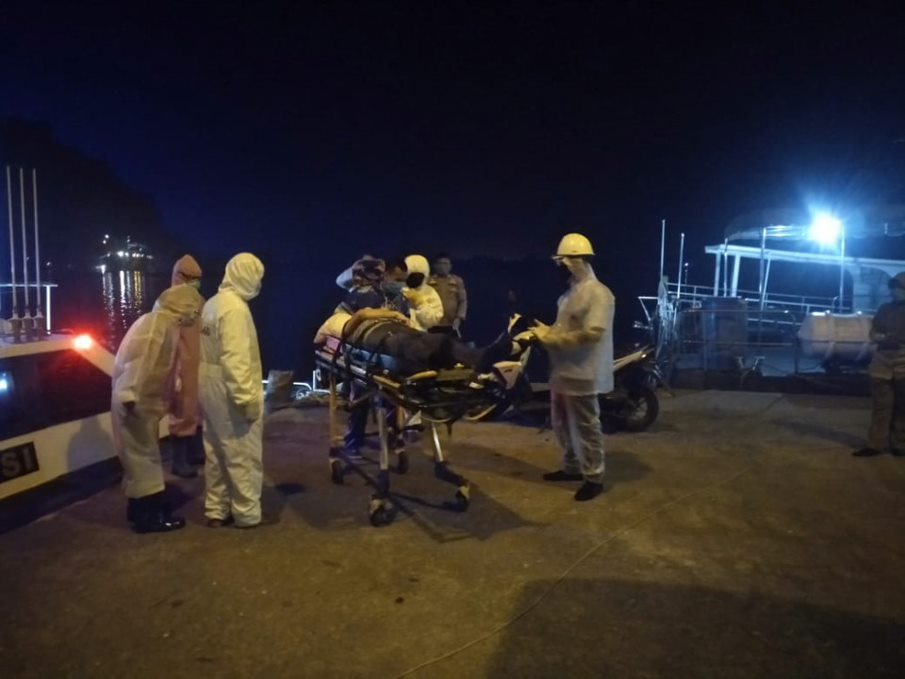 Spectacular rescue of a seafarer suffering a stroke

When a 45-year-old Russian seafarer aboard a large cargo ship began to show signs of suffering a stroke, in mid-April, the ship’s captain was immediately alerted.

The next day, the seafarer’s condition worsened. He seemed confused, his speech was laborious, he had pain under the left shoulder and his left arm and leg were paralysed. The captain knew he needed to act – and fast.

Global Voyager Assistance, a remote medical assistance provider, confirmed the stroke diagnosis. But the ship was more than 220 km from the nearest port, and the port authorities rejected initial appeals for emergency medical assistance, due to COVID-19 restrictions in place. Despite repeated requests from the vessel’s captain, the seafarer’s national trade union and that of the country the ship was headed for, the ship could not enter port.

After several hours of intense discussions, the ship initially received confirmation that the vessel could enter port for the medical transfer to take place. However, that decision was reversed just six hours before the ship was due to arrive, and the captain was advised to set course for another port, in a different country, over 600 km away.

The clock was ticking. The captain insisted and made a further request to obtain medical evacuation for the seafarer, but that second attempt was also rejected by the authorities, including immigration and a local COVID-19 Task Force – again due to COVID-19 restrictions.

IMO and ILO quickly took action. IMO contacted representatives from the national government while ILO offered to prepare an intervention letter. As a result, the medical evacuation was finally authorised and a police vessel was dispatched to evacuate the seafarer.

The president of the seafarer’s national union said: “After personally working on this case for over 48 hours, we are relieved our appeals were heard and our member was finally granted access to the medical treatment that he is entitled to. Our thoughts are now focused on [his] health, and we extend the best wishes of maritime unions worldwide to him and his family for his speedy recovery.”

“We want to sincerely thank [the local union] and the ITF for their assistance, and the ILO and IMO for their urgent intervention. Without their support we might not have succeeded in securing the lifesaving emergency evacuation and medical care”, he added. 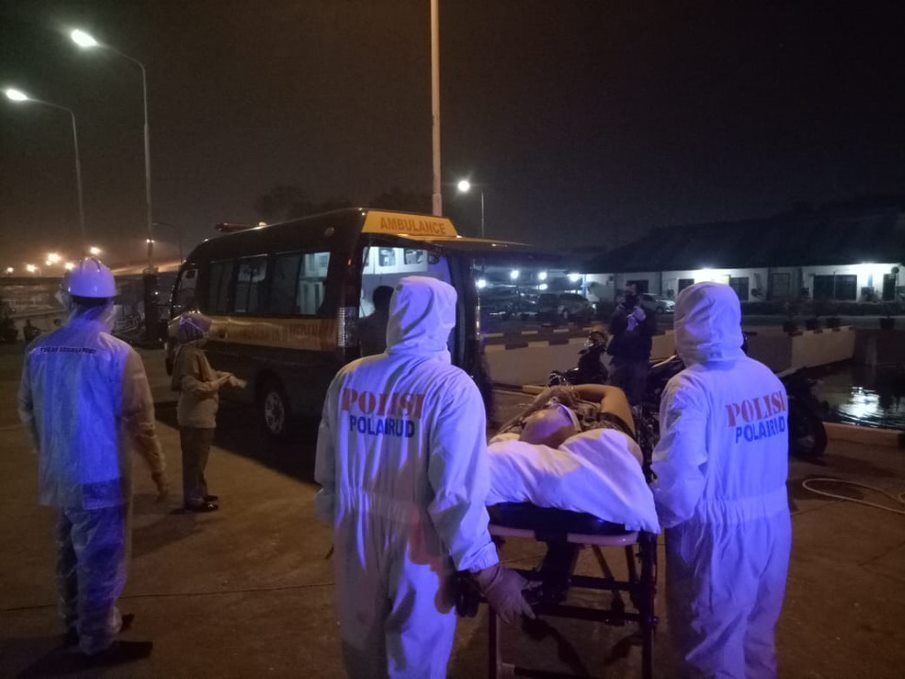 Ensuring a safe working environment amid the pandemic

In late March, the Master and crew of a bulk carrier, all of Indian nationality, grew increasingly worried that unloading cargo would expose them to considerable risks of COVID-19 infection.

A lack of a floating crane at an Asian port meant that the ship personnel were faced with taking 60 stevedores on board for three weeks without any screening on COVID-19 symptoms. These stevedores would be living in makeshift tents on the vessel’s decks to discharge a cargo of soybeans.

“Ship’s crew is very concerned about exposure to shore personnel during cargo operations, as it is impossible to maintain total isolation”, the shipmaster and 19 crew members said in a letter transferred to IMO on 1 April.

IMO immediately contacted ITF and ICS. The flag State was invited to mediate a solution with the Master and the shipowner, and an agreement was reached on 7 April. The ship was relocated to a different anchorage and the cargo was fully and safely discharged.